Paragraph 5：Hunting is a skill. Tracking, stalking, chasing, and killing the prey are difficult, sometimes dangerous activities. What if the process could be made easier—by art? In the early decades of the twentieth century, Abbé Henri Breuil argued that the cave paintings were all about “sympathetic magic. ” The artists strived diligently to make their animal images evocative and realistic because they were attempting to capture the spirit of their prey. What could have prompted their studious attention to making such naturalistic, recognizable images? According to Breuil, the artists may have believed that if a hunter were able to make a true likeness of some animal, then that animal was virtually trapped. Images, therefore, may have had the magical capacity to confer success or luck in the hunt.

Paragraph 4：Finally, we may doubt the notion that the Upper Paleolithic period was a paradise in which food came readily, leaving humans ample time to amuse themselves with art. For Europe it was still the Ice Age. An estimate of the basic level of sustenance then necessary for human survival has been judged at 2200 calories per day. This consideration, combined with the stark emphasis upon animals in the cave art, has persuaded some archaeologists that the primary motive behind Paleolithic images must lie with the primary activity of Paleolithic people: hunting.

Obtaining this level of nourishment from such a harsh environment must have consumed most of Paleolithic people’s time and attention.

Where would the sentence best fit?

This question is worth 2 points. 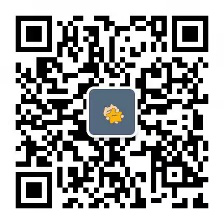